IS GOD TO BLAME?

The Century theater in Aurora, Colorado was the site of a mass shooting on July 20, 2012.

The internet buzzed with theological debate last week in response to the shooting rampage of James Holmes in an Aurora, Colorado movie theater on July 20. Holmes’ barrage of bullets left 12 dead and 58 injured.

Shortly after the midnight showing of “The Dark Night Rises” began, Holmes entered an emergency exit and released a canister of gas, believed to have been tear gas. Equipped with a gas mask and bullet-proof vest, Holmes began randomly firing a shotgun into the audience. When it was empty, he dropped it and continued his terrorism with an AR-15 assault rifle.

The incident occurred only 18 miles from the site of a former massacre in April of 1999, when Eric Harris and Dylan Klebold killed 13 people and wounded 21 others at Columbine High School in Littleton.

“If God is good, loving and merciful, then how could he let this happen?” That question reverberates in the minds of many people in the wake of tragedy. Whether one dies or 230,000 die (2004 India Ocean earthquake and tsunami), people inevitably question the character of God. 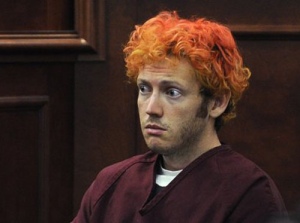 This inquiry emerges from several assumptions: that God must have power that supersedes man’s, that he can override man’s choices, that his love should compel him to intervene to prevent these kinds of tragic events. If he does not, then either God lacks one of more of these assumed characteristics or he does not exist at all.

Such conclusions are premature without exploring many other questions. How do we explain the existence of evil? What is the nature of man? Why are some people more wicked than others? Can we define a universal morality? What is God’s relationship to humans and the creation?

The answers to these questions have coalesced into many different theological systems. Sifting through the coherence of these systems demands an intellectual rigor that frightens most people. Many simply conclude that God does not exist, but this will not satisfy most of the questions surrounding the nature of man and the presence of evil. Others decide to live with the ambiguities. (The former is atheism; the latter is agnosticism.)

Most theological systems sputter somewhere in the attempt to answer these questions consistently. At the risk of sounding dogmatic or conceited, I believe Christianity offers the only cohesive and coherent framework for explaining these issues.

God is good in the most absolute sense we can imagine. This goodness precludes any act of evil by him. Jesus said, “No one is good but God alone” (Luke 18:19). James wrote that “Every good gift and every perfect gift is from above, coming down from the Father of lights with whom there is no variation or shadow due to change” (1:17). All of Scripture supports this notion.

God cannot be the ultimate cause of evil. He does not capriciously kill people. Every instance where God brings about death in the Bible, he acts consistent with justice. Perfect justice can never be evil.

If any human dies unjustly, then God could not have caused it directly.

God is sovereign in the most absolute sense we can imagine. No power or authority exists equal to his, much less superior. Jesus said, “With God all things are possible” (Matthew 19:26). In Daniel we read, “all the inhabitants of the earth are accounted as nothing, and he does according to his will among the host of heaven and among the inhabitants of the earth; and none can stay his hand or say to him, ‘What have you done?’” (4:35) The psalmist wrote, “he does all that he pleases” (115:3).

If evil exists, and if God has power over everything, it seems to follow logically that God must be responsible for evil. But what if God created a creature with the ability to make morally responsible choices? And what if God allowed that creature to exercise volition without coercion or control? This would at least explain the coexistence of a sovereign and good God with beings capable of acting contrary to that goodness. 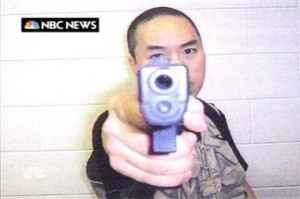 Being moral creatures, every human has some sense of moral rightness. The standard may vary from culture to culture or from person to person, but most all agree that the social order needs to be ruled by some moral code. When someone acts contrary to that code, humans also sense a responsibility to condemn the action. Thus, the outpouring of judgment on Holmes’ wicked act, as well as, the inclination to criticize God.

But if God is truly sovereign, can he not prevent any unjust act? He can, but that would also interfere with human choice. God would have to stop every human act of evil, which would nullify human moral responsibility.

James Holmes acted in compliance with full responsibility for his moral choices. He chose to commit an evil act. His choice did not compromise God’s goodness or his sovereignty. Holmes’ act deserves just condemnation, which will result in penal consequences to him. God remains blameless for this reprehensible human act.

Please bear with the brevity of this meager attempt to provide a reasoned explanation for some complex theological questions. A systematic theology will provide a more thorough examination of these issues.

God is good. God permits man to make choices. We can choose good or evil. The choice is ours to make. But the responsibility for the choice lies fully with us also. God cannot be blamed.

Christian seeking to find a biblical perspective on culture and life
View all posts by stanwiedeman →
This entry was posted in Nature of Man, Sovereignty of God and tagged Aurora theater shooting, Columbine High School, God and evil, James Holmes, sovereignty of God. Bookmark the permalink.

1 Response to IS GOD TO BLAME?