My son wrote on my facebook wall, “Is this a speech you would like to give ;)” “Totally,” I replied. My daughter commented, “Jeff thought you would really like this too dad. He almost sent it to you.” My children know me too well.

“…but here we are on a literal level playing field. That matters. That says something. And your ceremonial costume… shapeless, uniform, one-size-fits-all. Whether male or female, tall or short, scholar or slacker, spray-tanned prom queen or intergalactic X-Box assassin, each of you is dressed, you’ll notice, exactly the same. And your diploma… but for your name, exactly the same.

All of this is as it should be, because none of you is special.

You’re not special. You are not exceptional.” 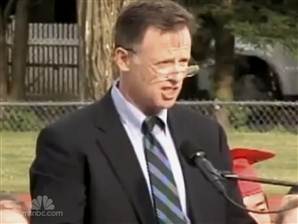 David McCullough, Jr. delivering his speech at the 2012 commencement of Wellesley High School

By this point in his commencement speech for Wellesley High School, David McCullough, Jr. had the audience grinning, giggling, chuckling and chortling. The beloved English teacher continued to make his point with the skill of a semi-truck driver docking his 18-wheeler.

“Contrary to what your U9 soccer trophy suggests, your glowing 7th grade report card, despite every assurance of a certain corpulent purple dinosaur, that nice Mister Rogers and your batty Aunt Sylvia, no matter how often your maternal caped crusader has swooped in to save you… you’re nothing special.”

McCullough rebutted the noxious self-esteem movement, which has done more to subvert self-esteem than the antics of the Three Stooges. In McCullough’s words, “You see, if everyone is special, then no one is. If everyone gets a trophy, trophies become meaningless.” Probably eighty percent of high school teachers rose up and called him blessed. The other twenty percent have not taught long enough. 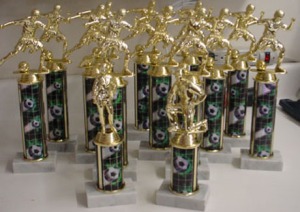 Somewhere in our confused society, a generation of upstarts thought they could parent better than the previous generation. They succumbed to the propaganda of educational theorists who disdained any form of negative reinforcement, including rebuke and reproof (two biblical practices). Experts advocated the path to healthy and whole egos was lined with limitless praise and relentless applause.

“In our unspoken but not so subtle Darwinian competition with one another – which springs, I think, from our fear of our own insignificance, a subset of our dread of mortality – we have of late, we Americans, to our detriment, come to love accolades more than genuine achievement.”

“We have come to see them as the point — and we’re happy to compromise standards, or ignore reality, if we suspect that’s the quickest way, or only way, to have something to put on the mantelpiece, something to pose with, crow about, something with which to leverage ourselves into a better spot on the social totem pole.”

Children cannot be blamed for the folly of their parents. Lacking discernment, they will inevitably learn to breathe the air of their environment, regardless of its toxicity. Even if they should do what most aspiring adolescent adults do, question and renounce parental enlightenment, they are still likely to overlook much of the imprudence of their progenitors – and repeat the same mistakes. This means they will still parent out of their “own fear of insignificance” and “dread of mortality,” while using a different poison on their children’s orientation to reality.

Hopefully, the David McCulloughs God dispatches as a prophetic voice to correct the conventional wisdom of the current culture will gain a hearing. Hopefully, something misfires in that adolescent network of synapses when truth challenges their assumptions. Hopefully, the eardrum of the soul resonates when wisdom shouts its protests.

McCullough exhorted, “…I urge you to do whatever you do for no reason other than you love it and believe in its importance. Don’t bother with work you don’t believe in any more than you would a spouse you’re not crazy about …. Resist the easy comforts of complacency, the specious glitter of materialism, the narcotic paralysis of self-satisfaction. Be worthy of your advantages.”

And indeed, those advantages are as numerous as the permutations of their friends on facebook. But those advantages do not guarantee happiness or fulfillment or achievement. Only the generation-resistant, flesh-transcendent, enduring truth can accurately acclimate us to those desirable goals.

McCullough concluded with a morsel of that truth. “Exercise free will and creative, independent thought not for the satisfactions they will bring you, but for the good they will do others, the rest of the 6.8 billion – and those who will follow them.

And then you too will discover the great and curious truth of the human experience is that selflessness is the best thing you can do for yourself. The sweetest joys of life, then, come only with the recognition that you’re not special.

2 Responses to THE ANTI-COMMENCEMENT SPEECH