LOSING SIGHT OF THE MISSION

Jon Stewart,  host of Comedy Central’s “Daily Show,” made this remark in response to Lowe’s withdrawal of its advertising from the new reality show on TLC, “All-American Muslim.” The Learning Channel calls it “a powerful series that goes inside the rarely seen world of American Muslims to uncover a unique community struggling to balance faith and nationality in a post 9/11 world.”

The Florida Family Association, a conservative evangelical cultural watchdog group, determined the show was more insidious than its benign veneer depicts. “Clearly this program is attempting to manipulate Americans into ignoring the threat of jihad and to influence them to believe that being concerned about the jihad threat would somehow victimize these nice people in this show.”

FFA issued an email to every company supporting the show through advertising, urging them to withdraw their advertising dollars. The organization’s web site claims that “75 companies targeted with emails did not advertise again during the December 11th and 12th episodes.” FFA does not clarify whether these companies officially withdrew their ads, or just did not schedule ads for that particular episode. 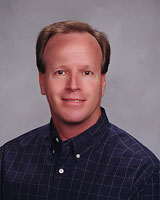 David Caton, executive director of FFA, wrote in his email campaign, “The show profiles only Muslims that appear to be ordinary folks while excluding many Islamic believers whose agenda poses a clear and present danger to the liberties and traditional values that the majority of Americans cherish.” Caton calls for “balance and truth.”

This kind of fundamentalism does not lack sincerity. These evangelicals believe they are protecting America’s fundamental freedoms and preserving this country’s Christian values. But their sincerity blinds them to the very “balance and truth” they seek.

Would Caton have demanded a guest appearance by Fred Phelps on “Touched By An Angel?” Phelps pastors Westboro Baptist Church, an extremist Christian group that demonstrates at the funerals of American soldiers killed in Iraq with signs like “God hates fags.” Or would he have wanted an episode of “The Andy Griffith Show” to depict the Christian elements of the Ku Klux Klan? 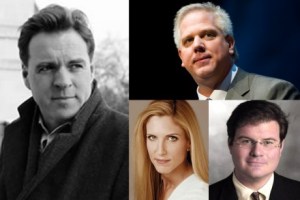 This right-wing patriotism seems to detract Christians from the real mission of Jesus’ followers. Jesus never once intimated nationalism as a kingdom value (unless one argues for his priority of Israel in God’s program up to his generation). Where does America’s manifest destiny appear in Scriptures?

Jesus did not instruct his disciples, “Go into all the world and preach the gospel. Then gather the believers into one nation and erect high ideological walls that prevent usurpers from disrupting your comfortable religiosity – and prosperity.”

Jesus was unquestionably an Israelite, but he was not at home on earth. Neither the Roman government nor the Jewish leaders welcomed him. Persecution drove most of his followers from Israel.

Everywhere that nationalism has been kneaded with the Christian mission, the mission was corrupted by a lust for political power, and compassion and love were choked out by a perverse form of justice.

Of what should the Church fear? Persecution? Didn’t Paul say, “all who desire to live a godly life in Christ Jesus will be persecuted” (2 Timothy 3:12). I think Jesus declared, “Blessed are those who are persecuted for righteousness sake, for theirs is the kingdom of heaven. Blessed are you when others revile you and persecute you and utter all kinds of evil against you falsely on my account. Rejoice and be glad, for your reward is great in heaven” (Matthew 5:10-12).

Has our privileged earthly status warped our vision of the kingdom? The kingdom of our citizenship does not have geographical borders.

No other religious system or political ideology poses any real threat to it, for not even the gates of hell will prevail against it. We derive our freedom from truth, not from government legislation or boycotts.

While fundamentalists frantically paced the internet last week, people were entering the kingdom of God through the gospel all over the world, unaffected by “All-American Muslim” or Florida Family Association.

We should not deny the threat of Islamist extremists, any more than we should ignore the claims of a mass killer in Norway who identified himself as a Christian crusader, protecting Norway’s traditional Christian values. Radical behavior of these kinds of fanatics must be prevented.

But don’t let that distract us from the ultimate calling of Jesus on his followers, “Go therefore and make disciples of all nations.” Matthew 28:19

1 Response to LOSING SIGHT OF THE MISSION