THE DIFFERENCE A CAMERA CAN MAKE

Robert Adams became a media hero last month when the 54-year-old hospital engineer turned in a bag containing $17,021 to a bank. Craving a cold drink on a very hot day, Adams stopped at an ATM outside a Chase bank in Rolling Meadows, Ilinois. At the ATM, he looked down and noticed a clear plastic bag on the sidewalk. Closer inspection revealed the bag had receipts, checks and cash bundled in a rubber band.

Adams immediately took the bag inside the bank, suggesting that an employee may have left it accidentally. Employees told him that the bag could not belong to the bank because the machine is filled from the inside. This led to further investigation.

Adams claimed that he never even considered keeping the money. “It’s not my money. I shouldn’t take it. I don’t care if you put another zero on there, I wasn’t raised to take money that isn’t mine.” 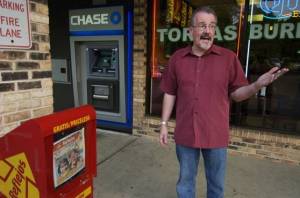 That was his story on June 9. The investigation uncovered a different story, which Adams later sheepishly verified.

Adams had traveled to Midlothian to meet someone who stood him up. Wanting something to drink, but short on cash, he stopped at an ATM inside a Walgreens. He reached down for something on the floor when he noticed the bag. He looked around, nonchalantly picked up the bag and walked out of the store.

Adams confessed, “I did have that thought in my mind (upon finding the money): ‘Yes, I could do a lot with that.’ I considered that to be the human reaction to seeing a large sum of money in front of me.”

On his drive home, Adams resisted the temptation to keep the money for himself. He pulled into the Rolling Meadows bank with his first story that he invented to conceal his initial response. Forty hours of investigation over the next three weeks revealed the truth. 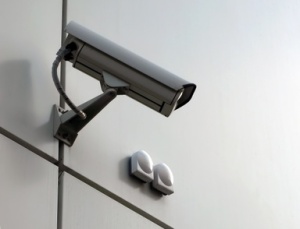 What changed his mind? What enabled Adams to abort an act of larceny? He admitted that he realized video cameras had probably recorded him taking the bag of cash.

I am sure Robert Adams is a great guy. People who know him would probably attest to his integrity. But the fact remains that as he flirted with temptation he lied. He used deceit to present himself as an honest man, What honesty he did display resulted from an awareness that someone had already seen him take the money – a camera. 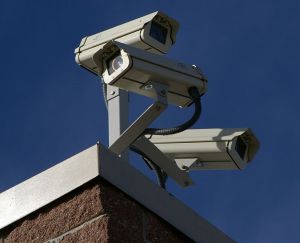 What would Adams have done twenty years ago before surveillance cameras were taping much of our public lives? Maybe other reasons would have bolstered his resolve to resist the temptation during that hour-long drive home. But what compelled him to a moral choice last month was the reality that someone had already seen his action, reducing the possibility of getting away with the crime.

Most people consider the success of a crime before they commit it. They take great precautions to avoid observation. Surveillance cameras interfere with undetected criminal activity. They discourage immoral conduct, but they will not eliminate it. Criminals must plan to neutralize the cameras when planning their crimes now.

But what if every crime had at least one witness who could not be avoided? What if it was impossible to escape detection, arrest and conviction of any crime committed, regardless of the sophistication of planning? What if the perfect crime was no more attainable than time travel?

Believing that God sees every move I make seriously inhibits immoral choices. Believing that God will eventually one day judge my every action dissuades illicit deeds. Recognizing that a perfect system of justice does exist and I am subject to it encourages a righteous life.

None of us can sit in judgment over Adams. We all possess the capacity for capitulating to temptation under the right circumstances. We all have used deceit as a personal tactic in some setting, even self-deceit.

But if you thought a camera was recording every choice you made, would it affect your choices?

3 Responses to THE DIFFERENCE A CAMERA CAN MAKE