A LESSON FROM IMPROV 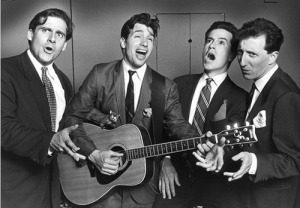 Stephen Colbert did not disappoint the audience at Northwestern University’s 2011 graduation ceremony. Known for his remarkable wit and profound satire, Colbert (pronounced cole – BEAR) graduated from Northwestern in 1986 with a degree in theater arts.

After graduation he needed a job and a friend got him on at Second City, answering the phone and selling souvenirs. He discovered that employees could take free acting classes so he signed up for a class in improvisation. Demonstrating a special talent, he was hired with Second City’s touring company as an understudy to Steve Carell (Michael Scott on TV’s The Office). 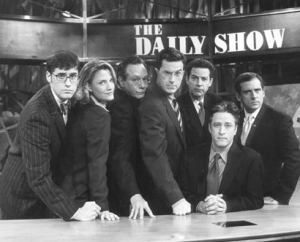 Colbert later appeared on The Daily Show, a parody of the news media and politics. After eight years with the highly successful comedy show, he launched his own television show, The Colbert Report. He continued the satirical bent, targeting news broadcasting, particularly the personality talk shows. The show has received three Emmy nominations and has enjoyed enviable ratings.

Colbert kept the Northwestern audience laughing for 15 minutes of the 20-minute speech before turning to “some advice” for the graduating seniors. First, he explains how dreams can change. Life has its own path for us that sometimes ignores our dreams. “So whatever your dream is right now, if you don’t achieve it, you haven’t failed, and you’re not some loser. But just as importantly … if you do get your dream, you are not a winner.” 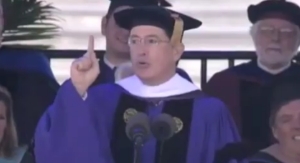 He then provided a lesson from improv comedy that Jesus might have used had he been living in the 21st century.

“After I graduated from here, I moved down to Chicago and did improv. Now there are very few rules to improvisation, but one of the things I was taught early on is that you are not the most important person in the scene. Everybody else is. And if they are the most important people in the scene, you will naturally pay attention to them and serve them.

“But the good news is you’re in the scene too. So hopefully to them you’re the most important person and they will serve you. No one is leading, you’re all following the follower, serving the servant. You cannot win improv.

“And life is improvisation. You have no idea what’s going to happen next and you are mostly just [making things up] as you go along.

“And like improv, you cannot win your life, even when it might look like you are winning. For instance, I have my own show, which I love doing, full of very talented people who are eager and ready to serve me. And that is great, but at my best, I am serving them just as hard, and together we serve a common idea, in this case, the character Stephen Colbert, who, it’s clear, isn’t interested in serving anyone. And a sure sign that things are going well is that no one can remember whose ideas were whose or who should get credit for what jokes, though naturally I get credit for them all.” 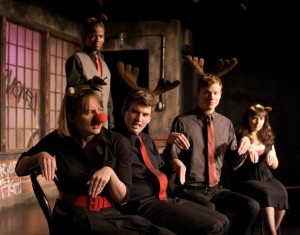 I sometimes wonder if we are overly obsessed with structuring the church to look like well-run corporate structures. The Church has certainly invested enough time and money in training for organizational success as the world defines it. Maybe that time would have been better spent sitting in a theater, studying the actors on the improv stage.

Jesus upended the typical leadership model when he offered a horticultural analogy. “I am the vine; you are the branches. Whoever abides in me and I in him, he it is that bears much fruit, for apart from me you can do nothing.” (John 15:5) He didn’t tell his disciples, “You will be the vines of my church, and those under you will be the branches.” Sorry, only one vine exists.

Paul undermined natural leadership structures with a biological model. “And [Christ] is the head of the body, the church.” (Col. 1:18) “Now you are the body of Christ and individually members of it.” (1 Cor. 12:27) There is only one head: Jesus. All the rest of us are equally members of his body, although we serve very different functions, according to our gifts.

Leadership surfaces as one of those gifts, “Having gifts that differ according to the grace given to us …; the one who leads ….” (Rom. 12:6,8) But if Jesus intended his body to mimic an improv stage rather than a corporate building, then leadership will wear very different clothes than what common models have conditioned us to expect.

Leaders provide invaluable contributions to the organization of any structure. Leaders differ according to the gifts Christ distributes to them, creating different styles of leadership. Toes will lead a church differently from noses. But every Christ-shaped leader will serve other servants, a strategy that explodes the expectations for leaders that most of us have adopted.

I wonder if Colbert has ever been invited to speak at a leadership conference.