EVERY NATION, EVERY PEOPLE, EVERY LANGUAGE

This past Sunday, over 200 people packed into our sanctuary to celebrate the 100-year anniversary of evangelical Christianity in Viet Nam. The First Vietnamese Alliance Church, renting our facilities, hosted the celebration.

In 1887, a Presbyterian minister, A.B. Simpson, channeled his passion for reaching people who had not heard the gospel into the founding of the Christian and Missionary Alliance. Simpson’s preaching inspired many young believers to travel to foreign countries as missionaries. One of those people, R.A. Jaffray, a Canadian, fresh out of the New York Missionary Training School, moved to south China in 1897. The next year he made a visionary trip to scout out Viet Nam.

In 1911, Jaffray, along with P.M. Hosler and G.L. Hughes, purchased land in Da Nang and built the first Protestant missionary base in Viet Nam. In 1913, he set up a printing press in Hanoi to distribute tracts and Christian materials, and established the Touranne Bible School in Da Nang in 1918. He oversaw the planting of missionaries in each of Viet Nam’s major population centers, using Saigon as a base to launch missionary work into Cambodia in 1923.

By 1967, only about 150,000 Vietnamese, one percent of the population, had adopted the Christian faith. That number has ballooned to 1.5 million followers of Christ, due in large part to the house church movement. Many believers fled the country after the communists acquired South Viet Nam in 1975, settling in U.S. cities. The First Vietnamese Alliance Church descends from this legacy. 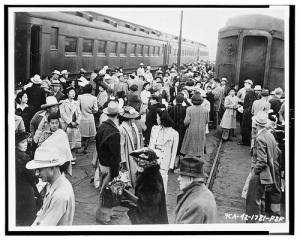 Japanese-Americans being relocated to internment camps

Next month, Lakeside Church of Chicago will celebrate its 68th anniversary. A Japanese-American doctor hosted a Bible study in his home in 1943, and invited a pastor from California to develop that group into a local church. Meeting in the basement of Moody Memorial Church, Lakeside Japanese Christian Church attracted several hundred Japanese-Americans, many who had recently moved to Chicago from internment camps.

The church attracted people from other Asian ethnic groups, while maintaining its Japanese identity. Intermarriage occurred and bi-ethnic children were born. A move from the city to a very ethnically diverse suburb resulted in more changes to its ethnic composition. Only about 35% of the congregation now has a pure Japanese descent.

The first missionary to Japan, Dr. James Hepburn, opened a medical clinic near Tokyo in 1859. His Christian influence continued for 23 years. Divie McCartee, a Presbyterian minister, went to Japan in 1861 and began evangelistic work. The Japanese have never received the gospel on a wide scale, and today, only about 0.5 percent of the population claim faith in Christ.

These ethnically diverse churches, First Vietnamese Alliance Church and Lakeside Church of Chicago, demonstrate the power of a message that was birthed 2000 years ago in an occupied country. When Jesus died, only a few hundred people identified themselves as his disciples. Before his crucifixion, Jesus made it crystal clear that those disciples had the responsibility of taking that message to every nation of the world. 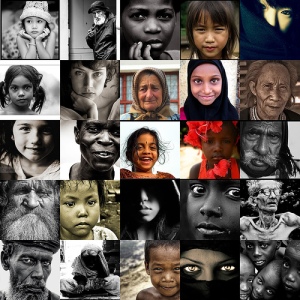 The gospel of God’s kingdom has a universal scope. The Church of Jesus Christ possesses no ethnic or racial borders. Language or cultural impediments do not alter the mandate to take this message of forgiveness and reconciliation to every people group that lives on earth.

When the apostle John was permitted a brief vision into heaven he saw “a great multitude that no one could number, from every nation, from all tribes and peoples and languages, standing before the throne and before the Lamb” (Revelation 7:9). The gospel is like a prairie fire, spread by the wind of the Holy Spirit, which “blows where it wishes” (John 3:8). Nothing will stop it, not even the gates of hell (Matthew 16:18).

We are heralds in a long line of heralds, which includes A.B. Simpson, R.A. Jaffray, Dr. James Hepburn and Divie McCartee. We declare a message from the King and for the King. We deliver the good news of the kingdom, a multiethnic kingdom, a kingdom without borders. We offer a message of peace that can conciliate the national and racial hostilities in this world. We unite with those from every nation, every people and every language to announce one message with one voice: “Salvation belongs to our God who sits on the throne, and to the Lamb!” (Revelation 7:10)