JUSTICE WILL BE DONE 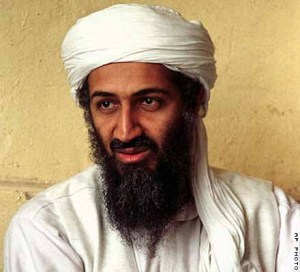 The headline on Monday morning read in large bold print, “U.S. KILLS BIN LADEN.” Under the headline, the subtext read, “Obama: ‘Justice has been done.’” The large picture of the world’s most-wanted man presents a stark contrast to the heinous terrorist plots associated with him and his extremist Muslim organization, al-Qaida.

Since identifying him as the prime suspect in the 9/11 attacks on the World Trade Center and the Pentagon, the U.S. has devoted major resources to a sophisticated manhunt for his capture. The U.S. government had offered a $25 million reward for his apprehension or conviction. Government intelligence agencies all over the world have been looking for this man, but he somehow managed to elude them for almost ten years. 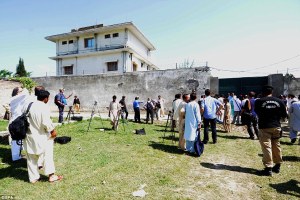 Compound in Abbottabad, Pakistan where Osama bin Laden was killed

Sunday, May 1, following months of extensive intelligence work on a lead, a U.S. Navy SEAL special ops team assaulted a mansion where bin Laden was living, killing him and four other people. Many believed he had been hiding in the rugged terrain in Pakistan’s western region near the border of Afghanistan. Instead, he was occupying a luxurious residence in the resort city of Abbottabad, home to over 500,000 people and just 30 miles north of Pakistan’s capital.

Former president, George W. Bush, issued a statement, “The fight against terror goes on, but tonight, America has sent an unmistakable message: No matter how long it takes, justice will be done.”

Not everyone would agree with Mr. Bush. His statement proved true in this case. But even with the most sophisticated intelligence agencies in the world working to find this fugitive, justice was delayed nearly a decade. His statement might serve as the tag line for scripted television shows like “Cold Case” and “Bones,” but it rings hollow in neighborhoods like Chicago’s south side.

The African-American community would likely dispute Mr. Bush’s assertion. Although a civil war secured the freedom for slaves, Jim Crow laws restrained our black neighbors from achieving social or economic justice for nearly a century. When the U.S. finally outlawed segregation, black Americans were so disenfranchised and entrenched in poverty that they were excluded from any hope of pursuing the American dream. When will justice be done for them?

Presidents have a knack for using rhetoric that appeals to our inflated egos. Americans love our justice and in many ways, no country in the world comes close to the standard of justice in America’s juridical tradition. A sense of justice runs deep in the American psyche, as evidenced by the number of television series devoted to the subject.

But justice has a broader scope than simply catching and prosecuting criminals. Something that is just is “guided by truth, reason, justice, and fairness.” (Dictionary.com) Are African American children receiving a fair education, given the disadvantages that plague their

families and communities? Are unregistered immigrants being treated according to reason or according to legal statutes only? Are America’s law really just or merely favorable to the economic advantages of those already well off?

The U.S. spent millions of dollars to bring one man to justice. How does that offset the injustice of the financial neglect of urban school systems? Our government can justify spending $664 billion on the military by declaring it is in the interests of every American citizen to preserve our freedoms. Will that

satisfy the million children who go to bed hungry tonight as a reasonable (and just) use of resources?

Mr. Bush’s statement indirectly does prove to be true on another level. Israel’s king, David, wrote, “I know that the Lord will maintain the cause of the afflicted, and will execute justice for the needy.” (Psalm 140:12) Yet, his son, the wise Solomon, wrote, “If you see in a province the oppression of the poor and the violation of justice and righteousness, do not be amazed at the matter ….” (Ecclesiastes 5:8) Solomon observed that the Lord does not execute his justice immediately. The wicked prosper, for a very long time sometimes, and the oppressed suffer, for an equally long time. The poor die in their poverty and the afflicted die without just retribution.

But God will execute his justice in his time. The Bible presents a picture of life that transcends our brief existence on this planet. Someday we will look back on our current tenure with marvel at its brevity. What may seem interminably long now will be remembered as a meteoric streak across the sky.

By my junior year in high school, I could not wait to leave home and my hometown and go to the big university. Forty-four years later that time of oppressive duration seems like a tick of the second hand on the clock. In fact, my five and one-half years of college (extended stay) occupy only memories now, which fade with each passing year.

“No matter how long it takes, [Gods’] justice will be done.” And I believe many will be quite surprised by the display of that justice when he performs it.