BEING FOR MORE THAN BEING AGAINST

Congress shall make no law respecting an establishment of religion, or prohibiting the free exercise thereof; or abridging the freedom of speech, or of the press; or the right of the people peaceably to assemble, and to petition the Government for a redress of grievances. First Amendment to the United States Constitution 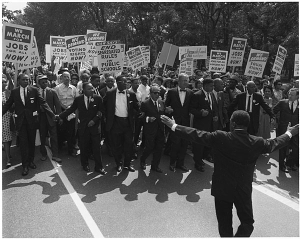 Civil Rights marches like this one in 1963 gave strict adherence to the intent of the First Amendment right to peacefully protest.

The founders of our country believed that any form of human government should be subject to critique, correction and even dissolution when it no longer protects, but violates, certain basic human rights, including life and liberty. They had no illusions that the republic they were establishing in the American colonies would evolve into some level of perfection. They had a clear sense of the corruptibility of human nature, especially when it came to the exercise of power.

The right of peaceable assembly has undergirded our nation since its birth. This phrase implies a protected right to protest. When the government begins to trample on personal liberties, its citizens need some way to express their disapproval. One expression has been public corporate protests. Americans have valued this right and exercised it for decades.

The Constitution protects only peaceful protests. National security, public safety and individual freedoms provide the boundaries of public protest. A protest cannot infringe upon the rights of other citizens, such as causing property damage or depriving people of their livelihoods. 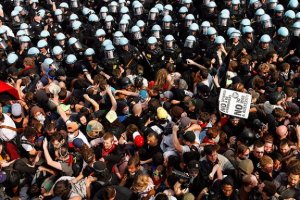 The NATO protest in Chicago on Sunday, May 20, had isolated incidents of violence.

Protests at the NATO Summit meetings in Chicago this weekend followed strict guidelines and maintained the integrity of the first amendment’s intent, until Sunday. A small group of radical protestors decided to violate the conditions of the protest and refused to disassemble at the agreed time. They also insisted on moving closer to the entrance of the Summit meetings.

This small contingent began pushing against the wall of police officers in riot gear, throwing bottles and swinging sticks at the officers. They transgressed the “peaceable” condition and posed a threat to national security, requiring the officers to use force to resist them. Some protestors were injured after being clubbed by officers and some were arrested. 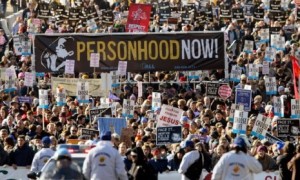 As I watched the encounter, I wondered about the role of believers in this practice. I have participated in several public protests against abortion. On one occasion, a few radicals corrupted the peaceful nature of the assembly by shouting malicious and hateful speech. Although it did not introduce physical violence, I believe it compromised the responsibility of every Christ follower to practice kindness, gentleness and restraint.

Christ followers hold a dual citizenship. We are citizens of at least one earthly nation, but we are also citizens of the kingdom of God. Since God outranks any earthly authority, we must live by the principles and precepts of his kingdom first. Whatever we do must present an accurate picture of the nature of the heavenly kingdom to a watching world. 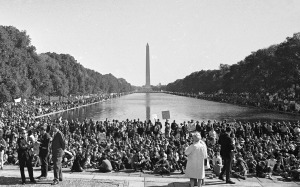 Protests against the Veitnam War like this one in Washington D.C. sprang up during the late ’60’s.

Jesus provided the perfect model of a kingdom citizen operating within earthly power structures, both political and cultural. The rule of love and compassion led him to ignore some cultural traditions (considered law by their practitioners). When the status quo protectors confronted him, he responded with carefully reasoned arguments. When political authorities became abusive, he restrained himself from any response, choosing to accept their acts of injustice without retaliation.

Paul and other apostles became the targets of official opposition to the kingdom message. Some enjoyed the smell of a prison cell on more than one occasion and some experienced more violent forms of punishment by power holders. Paul did not hesitate to use the laws of the earthly kingdom to protect himself from unjust treatment, while maintaining the spirit of the heavenly kingdom in all of his actions. 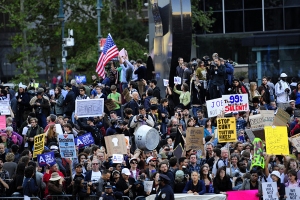 The value of public protest can be debated, but many people believe it provides a megaphone for their voice in criticism of the government or other authority structures in society. Arguably, the more voices that gather collectively, the more weight the protest has and the more likely the authority will listen. As long as citizens have some leverage over authorities, such as voting or spending power, and protests are protected, they can have some degree of effect.

If public protests serve the interests of the kingdom of heaven, then its citizens should utilize them. God has given us a mission to extend his reign throughout the world, a reign that transcends all earthly rulers. Christ has commissioned us as his ambassadors to promote the message of peace, love and reconciliation for which he gave his life in an individual public protest.

It seems important to remember that the voice of the kingdom citizen always speaks in favor of the heavenly kingdom, even when speaking in disfavor of an earthly kingdom. We are always for more than we are against.

Christian seeking to find a biblical perspective on culture and life
View all posts by stanwiedeman →
This entry was posted in Kingdom of God, Politics and Christianity and tagged NATO protest, peaceful assembly, protests. Bookmark the permalink.

1 Response to BEING FOR MORE THAN BEING AGAINST