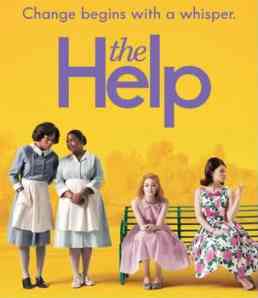 Growing up in a small Midwest town in the ‘60s, I was blissfully oblivious to the severe racial injustice and inequality that was shredding the social order. I observed no segregation in my hometown. I did not sense the slightest tension visiting the homes of black friends to play cards with them and their parents. The N-word was not part of my vocabulary.

Oh, I remember television scenes of Governor Wallace standing in front of the University of Alabama’s auditorium in 1963 to prevent two African-American students from entering. A staunch believer in segregation, Wallace defied the federal government’s court order that required Alabama to admit Vivian Malone and James Hood. But I had more important things to worry about as a young teenager than the political affairs of Alabama. 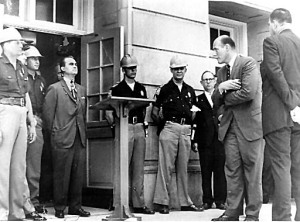 I cannot identify with the prejudice and bigotry of whites who grew up believing racism and democracy were sisters. So movies depicting the plight of blacks during the decades of segregation and Jim Crow laws always stir my compassion and boil my outrage.

The Help attempts to do just that. Tate Taylor adapted the book by Kathryn Stockett (2009) to the screen and directed the movie that has led at the box office now for three weeks. The acting alone makes the theater experience a blue-chip investment. 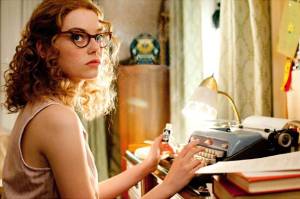 A recent ‘62 graduate of Ole’ Miss, Skeeter Phalen (Emma Stone) returns to her home in Jackson, Mississippi to discover a disconnect with her school friends. Neither married nor engaged, she wants to be a journalist and lands a job with the Jackson Journal writing an advice column on cleaning. But she also wants to write a novel.

In the deep south, whites integrated their homes with black servants. Black maids did all the housework and raised the children of their employers. The paltry pay enabled blacks to rent their own shacks in the colored section of town. The social order remained peaceful as long as blacks stayed in the back of the bus and out of the white-only bathrooms.

Skeeter had a strong affection for the black nanny who had raised her and who was absent when she returned home. More liberal than her peers, she is quite comfortable conversing with her friends’ maids in the kitchen. She asks one maid, Aibileen (Viola Davis), to help her write a book. She wants to write about life as a maid in the south from the African-American perspective.

Mississippi law prohibited even advocating for the equality of blacks, but Skeeter was undeterred. Aibileen faced much more severe consequences if she spoke honestly about her life. The Ku Klux Klan terrorized uppity blacks with impunity, but Aibileen’s tragic past persuaded her to take the risk. 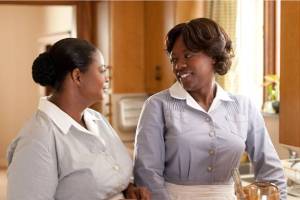 Secretly meeting in Aibileen’s home, Skeeter begins interviewing her. Aibileen’s best friend, Minny (Octavia Spencer), soon joins the project. Skeeter’s New York editor sees potential in the book, but wants at least ten more maids. The trio cannot persuade any other women to endanger themselves or their families, until the police brutalize one of their cohort during a merciless arrest.

Some criticize the movie for whitewashing history. Besides the arrest scene, the movie refers to the murder of Medgar Evers,a civil rights activist. The KKK shot Evers outside 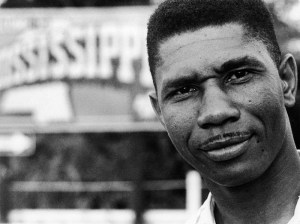 his home in Jackson in 1963, in front of his wife and children. Taylor confines his focus to the relational tensions that move the plot. The audience recognizes that the unbridled violence and brutality against blacks forcibly dictated their daily choices.

Skeeter’s book, The Help, scandalizes the town. Although she wrote it anonymously and changed the names of all the characters, the stories unmistakably identify the true setting. Skeeter’s editor offers her a job in New York, but she intends to decline the offer, recognizing the need to provide support to her comrades of social protest. Aibileen and Minny strongly object and convince her that they will be fine without her. 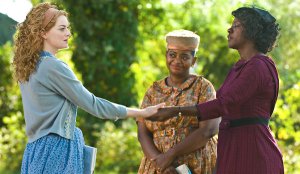 Aibileen suffers only economic reprisal when her employer’s bigoted friend accuses her of stealing silverware and fires her for her friend. The feel-good ending does sugarcoat the probable results of this assault on the inviolable racism of the south.

The movie should cause white Americans to examine our hearts once again. Racism and prejudice come naturally to all humans, but those possessing social privileges have more freedom to practice it. Skin color, culture, education, religion and a host of other distinctive features can be targeted for exploitation by the social majority.

We need to open our eyes to the realities of injustice that saturate our society, stemming from racial prejudice and economic protectionism. Followers of Christ cannot afford to nurture indifference, because Jesus entrusted the administration of his kingdom on earth to us. Are we perpetuating the existing social order or seeking to apply the principles of Christ’s kingdom to it?

The Help may soften the actual harsh realities of the racial divide of the ‘60s, but it inspires us to speak out with courage against injustice and every form of racism. Followers of Christ should lead the way.

Christian seeking to find a biblical perspective on culture and life
View all posts by stanwiedeman →
This entry was posted in Movies, Racism and tagged Kathryn Stockett, Medgar Evers, racism, Tate Taylor, The Help. Bookmark the permalink.

5 Responses to THE HELP