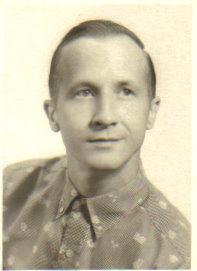 I was recently telling someone about an incident I had with my father when I was 9 or 10. After school, I would often ride my bicycle to the Boys Club. I loved the sloping descent on one street, because the increased speed fed my daredevil instincts and darting around other kids walking home on the sidewalk satisfied my impetus to show off.

On this particular day, I miscalculated my approach to a very busy street. When I realized I was too close for the brakes to stop me safely, I jumped off my bike and ran along beside to stop it, yelling at a group of kids at the corner, “Look out!” Even this technique did not correct my mistake and I ended up running out into the street, causing some cars to stop suddenly.

By the grace of God I had avoided a tragic accident. I was walking my bike back to the corner when I noticed a Ford station wagon pulling over. Getting out of the driver’s side was my dad. The look on his face said he was not coming to congratulate me on my bicycle skills. He did not hug me in joyful relief that I had not been injured. He told me to get into the car, then picked up my bike and threw it into the back of the station wagon. 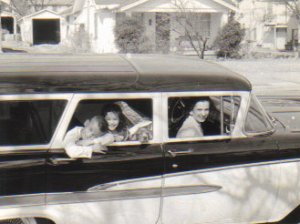 Wherever he was going, he took a detour to our house first. He didn’t say anything nor did I have to explain what had happened. As one of the drivers who had to slam on his brakes, he had a ringside view of my foolishness. I knew this was not going to end well for me.

When we arrived home, he turned off the car – bad sign. This meant he was coming in with me. He sent me to the bathroom. In my house, the bathroom did not merely offer privacy for various water functions. It was also the location for administering judicial penalties. Justice came swiftly that day – and painfully. In addition to the corrective spanking, my bike was impounded for several weeks.

This was one of my many trips to the bathroom for reverberating retribution. My dad was usually angry with me when he applied discipline to my backside, but he never crossed the line into uncontrolled beatings. He believed spankings would effectively drive the folly from my heart (Proverbs 22:15). In many ways it did, although it would take many other forms of discipline to persuade me that the paths of sin are not as rewarding as they appear.

Every adult makes these kinds of choices in evaluating their parents. None of us would have difficulty identifying dozens, scores, even hundreds of flaws in our parents and the mistreatment those flaws produced in our lives as children.

We can easily condemn the father who works all the time, neglecting family life, missing our ball games and musical performances, depriving us of fatherly compassion and wisdom. In our limited, and usually biased perspective, we can easily omit the context for our fathers’ behavior. The long hours of stressful and sometimes mind-numbing work may have been his expression of love in the way he could do it best. His own detached father may have handicapped him emotionally and parentally. He struggled to relate to his children, but he knew how to work hard and he was determined that his children would have everything he could not have as a child. 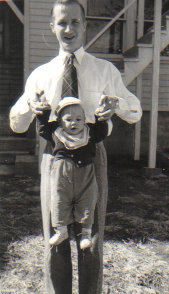 Hanging on to Dad

It’s our choice. We often act as prosecuting attorney, judge and jury, but seldom as the defense attorney. Our dads frequently receive a trial that omits so much evidence. We are content to condemn them and blame them for what is wrong with us. Sometimes we are not as much interested in truth as we are in justification.

My dad was seriously flawed, but so were my friends’ dads. There has never been nor will there ever be a perfect dad. We can choose to focus on the flaws or the merits of our fathers. I am not advocating a skewed perspective that ignores bad behavior. This distortion will often reproduce itself in evaluating our own lives. Seek an honest, just and prudent perspective. Give praise for his worthy traits. Give grace to his faults. You will be a better person for it.

2 Responses to SOME FATHERLY ADVICE