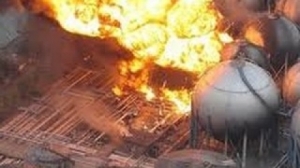 The “Faceless 50” are receiving international attention for their courage and self-sacrifice. These Japanese workers at the disabled Fukushima nuclear power plant have worked around the clock to contain the fires and prevent a reactor meltdown. This display of character imitates the 186 firefighters who extinguished the fires at the Chernobyl reactor in 1986, 28 whom died of acute radiation sickness the same year. And it reflects the selfless action of the 343 firefighters and paramedics who fatally rushed up the stairs of New York’s twin towers in 2001.

Some observes suggest that the Japanese workers differ from their counterparts in their motivations. The Japanese attribute this unselfish quality to the Yamamoto-damashii, the Japanese spirit. For hundreds of years, the Japanese people have been conditioned to place the group ahead of the individual. Identity emerges from the family, community, company or other collective, rather than from individual personality or sense of personal worth.

This group orientation yields an Age of Aquarius society, characterized by peace and harmony – at least on the surface. Japanese avoid expressing personal opinions and avoid all public conflicts. Social pressure trains them to suppress negative feelings and ill will – better to suffer privately and internally than to threaten the social harmony. This frequently results in unhealthy psyches or toxic grapevines.

Group harmony dictates group decision making. Japanese avoid speaking their minds directly, believing it is impolite. When trying to decide what movie to see, a group will carefully navigate a lengthy series of questions to arrive at a consensus. Not wanting to risk disagreement, several people in the group may conform to the group’s decision with unexpressed disapproval.

Enforcement of these values occurs through haji, or shame. If someone asserts too much independence or individuality, the community would treat him with shame. Being different from the group may result in standing outside the group, something every Japanese person strives to avoid. As a friend once told me, the Japanese are taught from childhood, “The nail that sticks up gets hammered down.” One must walk a very narrow road of extreme deference, severe self-denial and restraint of self-expression.

With great pride, the Japanese defend all these traits, which bear the same names as biblical qualities, such as humility, self-control, meekness, empathy, self-discipline, honor and respect. Yet, Japanese culture has resisted most, if not all, attempts of Christian influence. The group mentality carries such enormous power that it commands highly effective cultural conditioning.

Some explain this value emerged from Japan’s geography. This island group isolated its people from the rest of the world for many years, forcing a greater sense of group dependence. Others argue that Japanese culture must be interpreted through the centuries of feudal warlords who exercised their autocratic will with impunity. The Japanese people were nothing more than servants to these shoguns. To survive, the people developed a strict attitude of submission.

Regardless of its origin, the group mentality did not originate from a Christian influence. This may be an example of Paul’s reference to “Gentiles who do not have the law, [but] by nature do what the law requires …. They show that the work of the law is written on their hearts, while their conscience also bears witness ….” (Rom. 2:14)

Created in the image of God, even fallen humans retain vestiges of that image. They still possess some sense of justice, morality, love, compassion, mercy, humility and other valued qualities. Sin damages that image and pollutes every positive attribute, but it does not erase them. These qualities will still express themselves to various degrees.

What motivates these acts of virtue we cannot say. Did the Russian firemen even know the risk they were taking? Had they known the horrible death some would suffer, would they have still fought those fires? Perhaps some people, like the American rescue workers, simply react instinctively in the face of danger, a reaction that is self-sacrificial, but unconsciously so. Are the “Faceless 50” motivated by fear of shame more than a virtuous love?

Motivations of the human heart may be as complex as human genetic code. This much we do know: A social group can construct itself with the values it chooses to affirm and persuade conformity to those values through cultural conditioning practices. Only when a member of that group embraces a value different from the group, and embraces it with some level of conviction, will that member refuse to conform to the group, accepting the discipline of the group, whatever that discipline may entail.

As followers of Christ, we are called to resist conformity to the world. Our allegiance should be to the kingdom of God and its King above all other allegiances. The values of that kingdom differ from the prevailing cultural values of any human society where we might reside and we should hold them with a conviction that enables us to endure whatever cultural pressure our social group chooses to enforce.

This non-conformity is an act of faith, belief that a better social order does exist and that we will one day enter the purest form of that society forever. “Set your minds on things that are above, not on the things that are on earth. For you have died, and your life is hidden with Christ in God.” (Colossians 3:2-3)