When the votes are counted for the Oscars this year, one vote will come from a most unlikely source. Mother Dolores resides at the Abbey of Regina Loudis in Bethlehem, Connecticut. She was reinstated with voting rights as a member of the Motion Picture Academy of Arts and Sciences in 1990, allowing her to vote for the Academy awards each year.

Dolores Hart entered the Abbey in 1963, as soon as she completed her last autograph-signing session. For the previous seven years, Hart was an actress with Paramount and MGM, starring in ten movies, including Come Fly With Me, Where the Boys Are and Francis of Assisi. In her first major movie, Loving You, at the age of 18, she played the 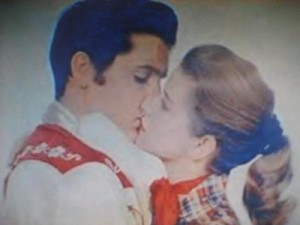 love interest of another new face to the filming set, Elvis Presley. Hart carries the distinction of being one of the first women to kiss Elvis on screen.

Hart first visited the abbey while she was starring in the Broadway production, The Pleasure of His Company (for which she received a Tony nomination). The grueling schedule was exhausting her. Her roommate suggested she visit the Abbey for a quiet day off. Her visits became more frequent until she talked to Mother Placid, the Mother Superior of the abbey. Asking if she should become a nun, Mother Placid replied, “No, you go back and do your Hollywood thing, because you are too young.” Relieved, Hart returned to Hollywood in 1960. 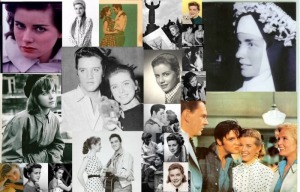 As her star ascended in Hollywood, the abbey continued to draw her heart and visits. The tension reached its climax when she and her fiancé, Don Robinson, left their engagement party. Robinson asked Hart about her mental absence, but she denied it. He told her that she needed to return to the abbey and get her heart straightened out. Hart booked a flight that night. While walking in the quiet hush of the snow-covered woods, she came to a stone altar. There she asked, “Could this really be my calling?”

When she talked to the Mother Abbess this time, she agreed to allow the young woman to enter as a postulate, only she would have to wait for six months. She returned to L.A. to tell her fiancé that she had a clear calling. Although deeply hurt, Robinson supported her decision fully.

Convents carry the reputation of seclusion and isolation, but Hart corrects that judgment. “People think that it is a life that is shut off, or you’re gone from the world, but it’s exactly opposite. You are more embedded into the world. It’s a way of love that includes everyone that you’ve ever loved.”

When the actress, Patricia Neal, endured a painful divorce, she ended up at the abbey for refuge. Neal was determined to write a scathing expose about her ex-husband, but the Mother Abbess convinced her to stay for a while and calm down. She told Neal that such a book would serve no purpose to anyone and introduced her to Mother Dolores, who spent the next five years helping Neal write her autobiography. The impact of their friendship was profound.

Mother Dolores had retained her membership in the Academy, which she earned after her part in Where the Boys Are, but she relinquished voting rights when she entered the Abbey. In 1990 she decided to resume her status as a voting member, requiring her to view the nominees in each of the categories. She watches DVD’s on a very small television in her basement office.

Many wonder about the moral sensitivity of a nun who watches R-rated movies, but Mother Dolores reveals a redemptive perspective. “Movies reflect the time. It’s not so much that movies are ugly, it’s the ugliness of the time that is reflected. To me that indicates what we have to pray for and pray about …. What offends me is, Is the movie itself going to leave people without hope? You have to help them know that there is a way through their grief and their pain.”

The story of Dolores Hart, now 72, percolates with transformation. With a successful career in film shifting into third gear, she heard the call of God. On the threshold of marriage and a family, she responded in obedience to that call. She cast aside all the success and wealth that the world was already giving her and followed God’s calling on her life. She has never regretted it.

In her life of love, she has introduced transformation to many lives around her. Even voting as an Academy member serves as a path to transformation, directing her prayer life. Many who visit the abbey bring the pain and suffering portrayed in movies. Watching those movies prayerfully has prepared her to offer the hope, forgiveness and love of a greater story.

I must confess my narrow and sometimes critical view of the monastic life. I joined the ranks of those who considered them secluded followers of Christ, who privatized their faith to the exclusion of mission. The story of Dolores Hart has corrected me. May I have the same legacy for bringing the gospel of transformation into my community as Mother Dolores has.

Christian seeking to find a biblical perspective on culture and life
View all posts by stanwiedeman →
This entry was posted in Christians Engaging Culture, Transformed Lives and tagged Abbey of Regina Loudis, Come Fly With Me, Dolore Hart, Elvis Presley, Francis of Assisi, Loving You, missional ecuminism, Motion Picture Academy of Arts and Sciences, Oscars, Patricia Neal, The Pleasure of His Company, Where the Boys Are. Bookmark the permalink.